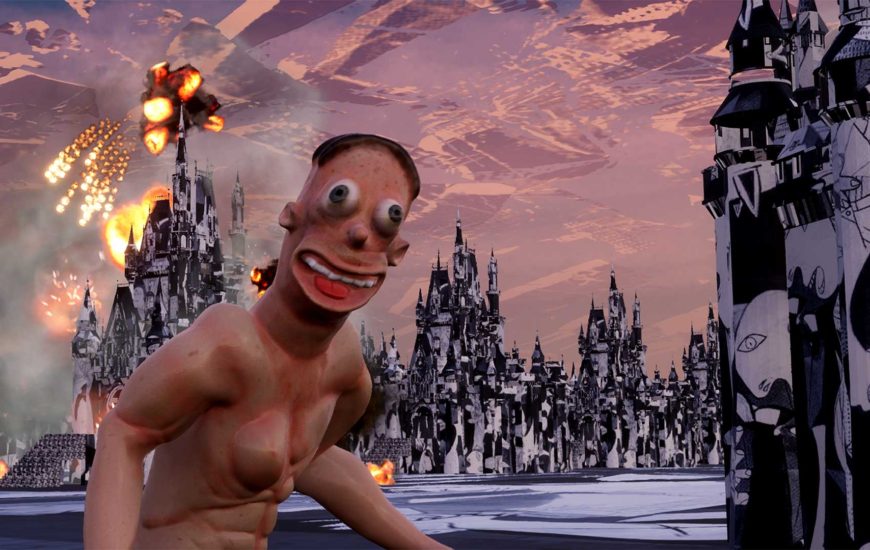 Chris Howlett graduated with a MFA from the Californian Institute of the Arts in 2000. His works have been exhibited internationally including the XXI Triennial International Exhibition in Milan, GamerZ in Marseille, France, Inter-Society of Electronic Arts in Helsinki, Finland and Stockholm; Videoholica International Video Art Festival in Bulgaria; Los Angeles Freewaves Festival of Film, Video and New Media and exhibited work at the Art Centre College of Design in Pasadena, California.

His solo and collaborative works have also been exhibited locally at the Gallery of Modern Art, Institute of Modern Art, the QUT Art Museum, The Arc Biennial for Art & Design and interstate at the Contemporary Art Centre of South Australia, Hobart Art Gallery, Cairns Contemporary Art Space and Blindside Artist Run Space in Melbourne. His public art commissions include “KICK OFF” which was a curated screen-based program at the new Metricon Stadium Homeground of the Gold Coast Suns and Australia’s largest public art canvas the QUT billboard project.

In 2012, he was part of the DJ Culture: Contemporary Australian Video Art, screening in the Cinémathèque at Gallery of Modern Art and in 2013 underwent a residency in Armenia at Tumo – center for creative technologies where he completed a series of Alternate Reality Games called ARGARMENIA. He is currently undergoing a Doctorate of Philosophy at QUT, in Brisbane, Queensland.