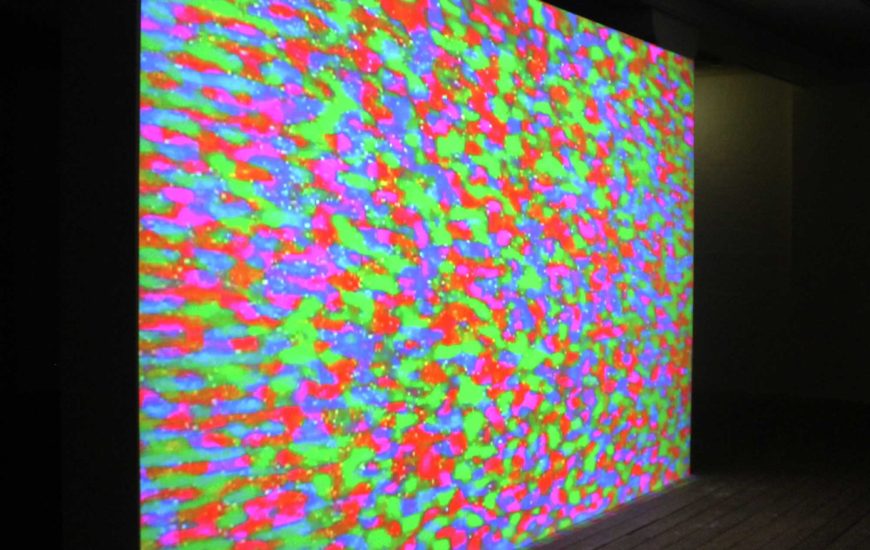 Chris Handran is a current PhD candidate at QUT. His research considers the mediation of experience by apparatuses at the intersection of art and science. He has exhibited widely nationally and internationally, including recent exhibitions at Metro Arts (Brisbane), Firstdraft (Sydney), Kings ARI and Blindside (Melbourne) and SkulpturenMuseum Glaskasten Marl (Germany). He has undertaken international residencies including the Australia Council London Studio, and the Institute of Cultural Inquiry, Los Angeles. He has presented his research at conferences including Critical Information 2011, School of Visual Arts, New York and the Latent Image 2018, Edinburgh University.

Chris Handran’s interdisciplinary contemporary arts practice explores the mediation of experience by technologies including cameras, projectors, lenses, mirrors and screens. By foregrounding the role of technology as both generator and mediator of everyday experience, his works create low-budget spectacles that playfully subvert their own spectacular nature. They often revisit or reinterpret devices at the historical intersections of art and science, ranging from basic apparatuses such as water lenses and the camera obscura through to home-made versions of scientific apparatus such as spectroscopes and cloud chambers.

In the studio, Chris experiments, modifies and physically deconstructs these new and old technologies in a ‘DIY’ manner in order to foreground both their material presence and the perceptual dimensions of spectatorship. Studio and gallery spaces become laboratories of perceptual affect, bringing the audience face to face with the apparatus, or immersing the spectator within its workings in a performative viewing experience.