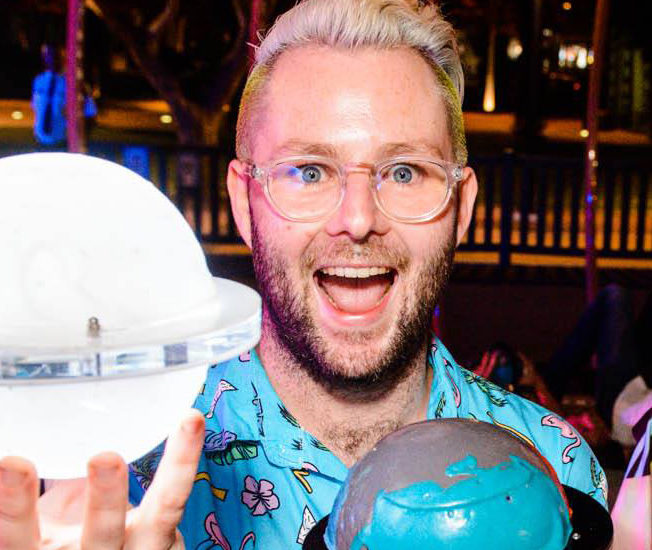 Andy Bates participated in the initial 2 iterations of the Ars Electronica Futurelab Academy, presenting collaborative projects titled Trail of Traits with Alice Brown (2013) and Planets with Michael Smith (2014). His work received international acclaim at prestigious media art events in Europe and Japan. Since the academy, Andy has been a sessional academic at QUT, teaching units within the interactive and visual design discipline. In 2016, he began studying a PhD in the field of interactive art. The research is an extension of work initially undertaken within the Ars Academy programme, exploring the theory of biophilia – why people feel a sense of connectedness towards living environments – and how interactive art can facilitate this experience within people. It builds upon Andy’s introduction to the medium from attending the Ars Electronica festival back in 2013, evidencing the important impact the academy had on his career and future endeavours.